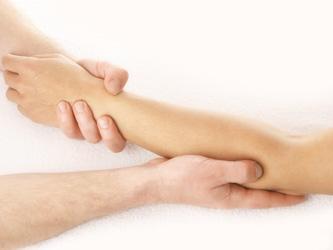 Tennis elbow is commonly seen in patients aged 30 to 60. The condition involves the degeneration of the tendon attached to the bony portion of the elbow joint. This tendon is responsible for wrist and hand extension.

Premier Orthopedic Specialists Of Tulsa orthopedic doctors will determine an appropriate treatment for you if you are diagnosed with tennis elbow. Treatment options may include stretching exercises, orthopedic rehabilitation and anti-inflammatory medication. Surgery is only recommended for patients suffering from extreme, debilitating pain that is unresponsive to non-operative treatments.

WHAT DO TENNIS PLAYERS THINK?

Among tennis players, this injury is attributed to the repetitive nature of hitting thousands and thousands of tennis balls. Overuse leads to tiny tears in the forearm tendon attachment at the elbow.

The diagnosis is made by clinical signs and symptoms, which are usually both discrete and characteristic. There is generally point tenderness over the origin of the extensor carpi radialis brevis muscle from the lateral epicondyle. Pain with passive wrist flexion and also with resisted wrist extension (Cozen test) should be tested with the elbow extended.

Physiotherapists advise racquet sport players to strengthen their shoulder rotator cuff, scapulothoracic and abdominal muscles to reduce overcompensation in the wrist extensors during gross shoulder and arm movements. Strapping of the forearm can help realign the muscle fibers and redistribute the load. Use of a racket designed to dampen the effect of ball striking.